Learn To Be A Human Calculator

Wouldn't it be great if human beings were calculators? People could solve math problems right in their heads. Well, human beings aren't calculators with number and equal buttons to push, but the human brain can act like a calculator when it's told to do so. Nearly every math problem can be solved just by thinking it through. Even if the problem isn't as simple as 1 +1 = 2, the brain will still work just like a calculator with a pencil and some paper. All a person needs to do is write out the problem and work through it on the piece of paper to figure out the solution. In fact, all math problems are calculated in the brain anyway. Even if a person is using a calculator to learn the final answer to a math problem, he or she must use his or her brain and motor skills to input the numbers into the calculator. It is better, however, to let the brain be the calculator whenever possible. The more the brain is used, the better it becomes at math and the smarter the person becomes overall. This is why the human brain is so amazing. Once it is taught how to figure out math problems, human beings become calculators!

All a person needs to do to become a calculator is to learn the basics of mathematics. The basics of math are what program the brain to work as a calculator. It's like putting the calculator's buttons into the brain. All a person needs to do is “push” the right buttons to figure out, or calculate, the answer to any math problem. It might be hard at first, but with enough practice, math becomes easy for everybody's brain.

Math is one of the most important subjects in school. Math is also a subject that people use every single day in their lives. Without an understanding of numbers and math, many daily tasks would not be possible. Think about it. If a person didn't understand numbers, he or she would not be able to tell time. If a person didn't understand math and use his or her brain as a calculator, the person would not be able to count out cash to pay for something or measure ingredients to cook dinner. 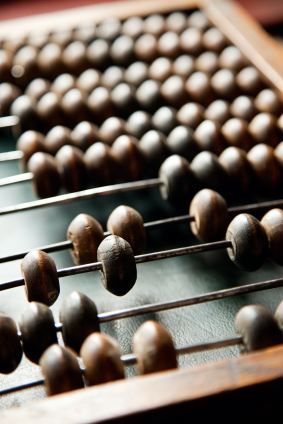